A DAY IN THE LIFE From nutrition to the pitch: inside how Jose Mourinho gets his Spurs squad, including Tanguy Ndombele, in elite condition

A DAY IN THE LIFE

From nutrition to the pitch: inside how Jose Mourinho gets his Spurs squad, including Tanguy Ndombele, in elite condition

Sometimes here at talkSPORT, you pull the short straw when it comes to reporting. This was not one of those days.

I was sent to Hotspur Way for a once in a lifetime opportunity – a day as a Spurs player.

To celebrate the launch of Amazon Prime Video’s upcoming documentary ‘All Or Nothing: Tottenham Hotspur’, the team at Amazon invited us down for a behind-the-scenes look at just what the day-to-day lives of Jose Mourinho’s squad looks like.

Needless to say I was a bit excited.

If ever there was a time in my life where I felt like a professional footballer, rolling up to the Spurs training ground with nothing but my boots and a wash-bag was certainly it.

We were told we were spending the day at the newly built Spurs Lodge – the player accommodation centre adjacent to the training ground.

Picking up my key at reception, I discovered I was staying in Oliver Skipp’s room who, rather sadly, was positioned next-door to Jan Vertonghen. With tears in my eyes as I gazed over at Jan’s empty suite, I quickly forgot all about our Belgian prince as my incredible room emerged in front of me.

A bed fit for a king, plus a plentiful stock of Molton Brown toiletries, was enough for me to forget all about my life as a peasant. This level of luxury was the only way forward for me now.

Little did I know what was ahead of me. 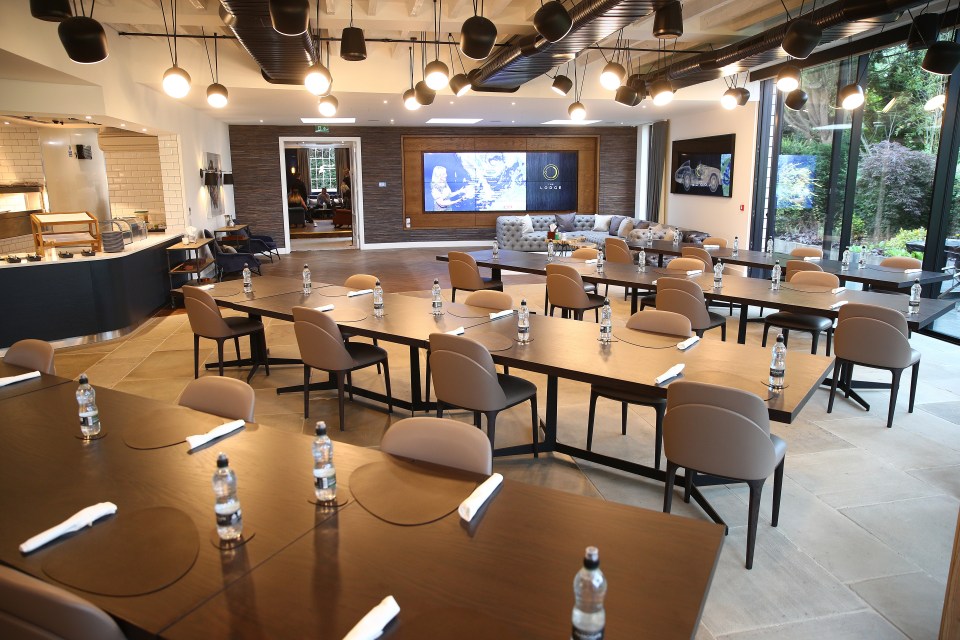 The Lodge was built in 2018 alongside the new training ground

As any player will tell you, before stepping out onto the training pitch you have to properly prepare yourself. For us, this meant a session with Mourinho’s fitness coach, Carlos Lalin.

Lalin, who has worked with Mourinho at Real Madrid, Chelsea and Man United, was an absolute delight. What was most impressive about him was how personable he was, quickly learning the names of all 30 journalists in the session in the blink of an eye.

I cannot express how much of a disgusting sweaty mess I was, and that was before we’d even done anything.

We often find ourselves in the stands at games saying, ‘I could have scored that’, but until you’ve undergone anything as rigorous as the stretches and dynamic squats we endured at the hands of Carlos, you’ll realise footballers deserve all the respect they get.

After cries of “music, music!” from Carlos every 10 seconds in an attempt to get his young assistant to pump up the volume, we were ready for a break. 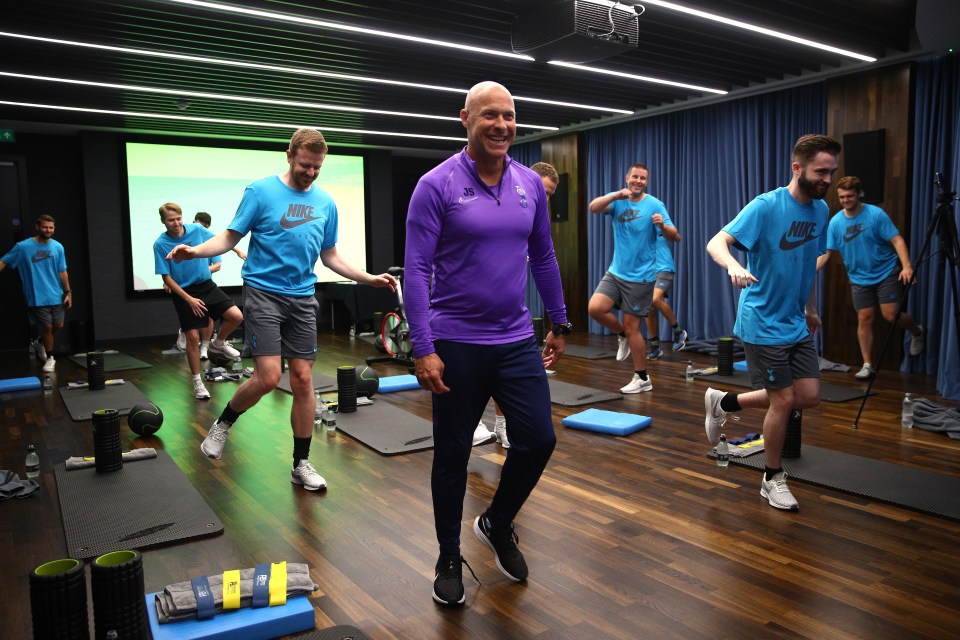 Much to our surprise, we were then treated to some one-on-one time with the owner of the room I was squatting in, Oliver Skipp, and team-mate Japhet Tanganga – two youngsters who had climbed through the ranks at Spurs from academy to first team.

With Europa League football confirmed in Spurs’ final game of the season in the 1-1 draw with Crystal Palace, I was keen to ask the lads what the plan was for next season.

The sentiment was shared by Skipp, who was quick to point out Mourinho’s record in the competition: “Mourinho has won it twice out of two attempts I believe he’ll be looking to keep that record going. It’s been a while since we won some silverware so we have to go in with the attitude that we’re in the competition to win it.”

Right, spot of lunch anyone? 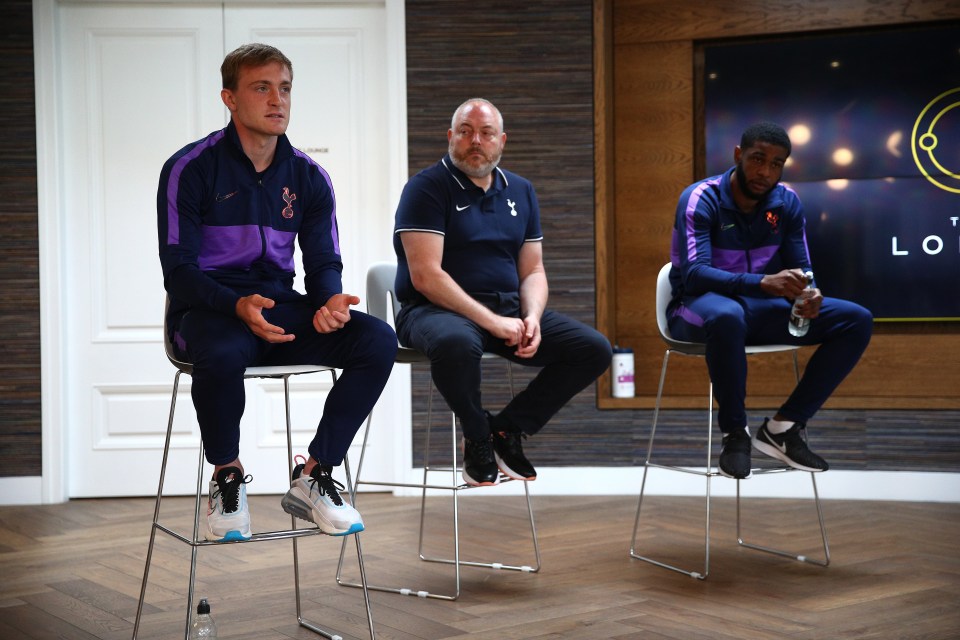 Tanganga and Skipp have represented Spurs at almost every level

After The Last Dance, bring on the Spurs doc – all the things we hope to see

We were then treated to a session with the club’s performance nutritionist, Craig Umenyi.

From collagen jellies, to bone broths, the Spurs players are given the very best nutrition that money can buy, with Umenyi commenting that the club go out of their way to be the first in the Premier League to hop on new wellness trends.

I have to admit, I won’t be stocking up on my collagen jellies anytime soon, but opting for Harry Kane’s chosen pre-match meal of chicken, gnocchi and spinach was a masterstroke if I may say so myself.

Umenyi, who has also worked with north London rivals Arsenal, hinted that some players in the squad can be rather challenging diet-wise. When I asked if the suspect was indeed Tanguy Ndombele, all I got back was a look.

It’s no surprise to me that the players are in such phenomenal shape. The science behind Umenyi’s work was staggering, with the complicated schedule that clubs face making his job even harder than it is. 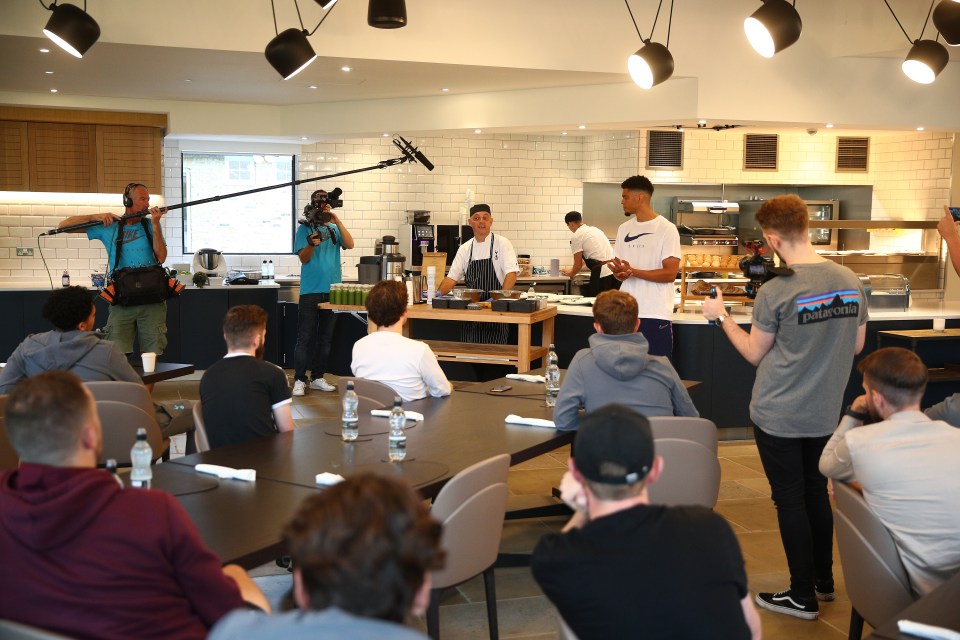 Umenyi has worked at several Premier League clubs including Arsenal

Now for the best part of the day, some time on the carpet-like pitches of Hotspur Way.

If Amazon hadn’t already spoiled us enough, we were met by the legendary Ledley King for a training session all designed around passing and possession. The session turned out to be his very first since his appointment as first team assistant under Mourinho.

Now when I tell you Ledley has still got it, I mean it. He played one of the most incredible passes I’ve ever seen in the flesh, forcing me into an expletive that I can’t repeat on here, and one that even got a chuckle out of the great man.

Following a strenuous session, it was time for a quick Q&A with Ledley. Following the announcement that he would become first team assistant for the 2020/21 season, I was intrigued to find out who he was excited to work with.

“For me, working with the likes of Japhet and Davinson is very exciting,” King said.

“Davinson I would say is the player most like me in the squad in terms of style, so if I can bring something that can help him further himself, that would be great.” 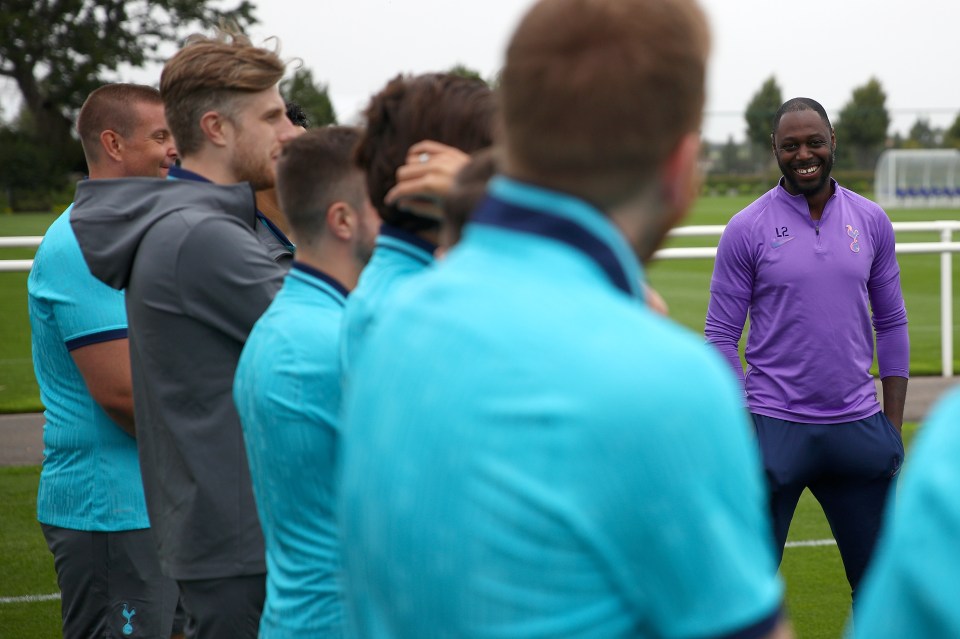 And that was that, my day as a Spurs player. A big thank you to everyone at Amazon Prime Video for such a phenomenal experience.

And Jose, if you’re reading this – I’m still waiting on the call up.