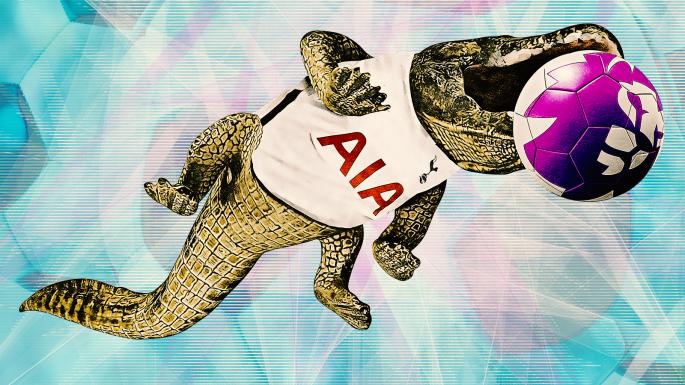 Tottenham Hotspur fans gathered outside the stadium on Wednesday evening to chant “We want Levy out” and “We want our Tottenham back”. The night before, chairman Daniel Levy had confirmed that Spurs

Joe Lewis, a British currency-trading billionaire in the Bahamas, is the enigmatic force behind Tottenham Hotspur. What does the death of the lucrative Super League scheme mean for his ownership? 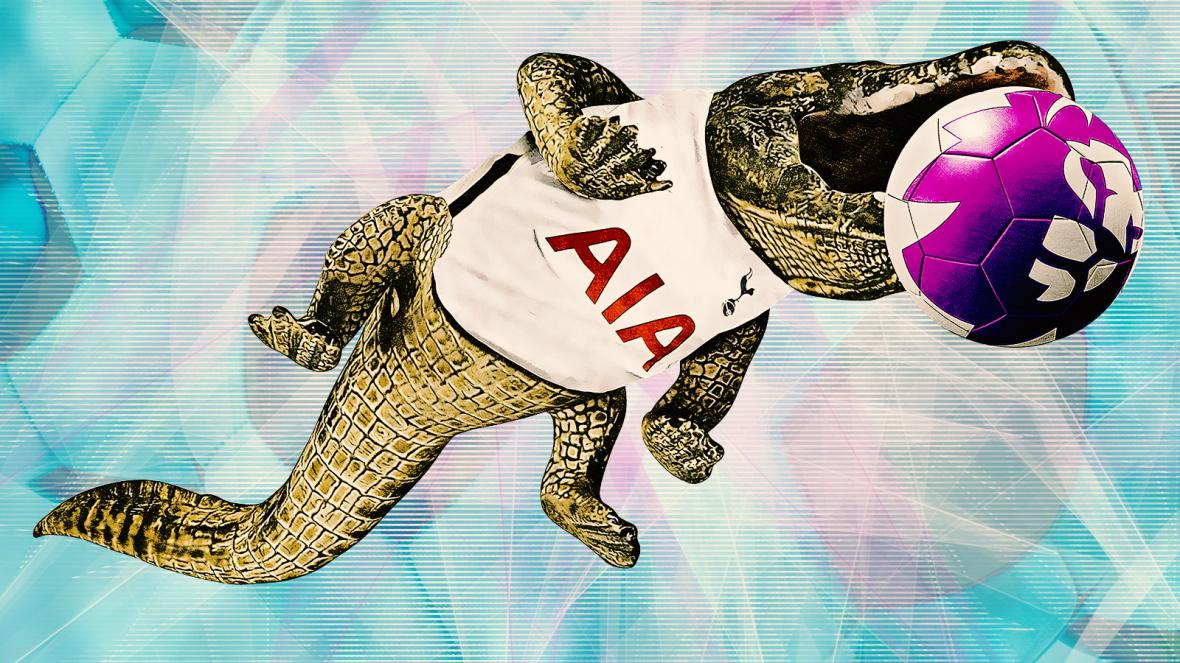 Tottenham Hotspur fans gathered outside the stadium on Wednesday evening to chant “We want Levy out” and “We want our Tottenham back”. The night before, chairman Daniel Levy had confirmed that Spurs were pulling out of the collapsing European Super League, expressing “regret” for the club’s involvement in a terse statement that stopped short of the lavish apologies issued by Liverpool owner John W Henry and Manchester United co-chairman Joel Glazer.

On Monday, in the full heat of outrage over plans for an elite breakaway league financed by JP Morgan, Levy had fired manager Jose Mourinho after 17 disappointing months in which Spurs finished sixth last season, crashed out of the FA Cup in February and lost their best chance of playing Champions League football with a humiliating exit from the Europa League last month. Fans — many of whom thought Levy should have backed Mourinho’s predecessor Mauricio Pochettino rather than sack him in 2019 — stood outside Spurs’ stadium in north London holding placards saying “Enic out” and “Levy out”.

An important name was missing. While Levy, 59, who graduated from Cambridge with a first in economics, is the business face of Tottenham Hotspur, an 84-year-old currency trader billionaire based in the Bahamas is the money. Joe Lewis was born above a pub in Bow, east London, and built an empire spanning golf, finance, football, hotels, pubs and restaurants, and retail. Nicknamed the Alligator for his trading tactics, and the Boxer after the American fighter Joe Louis, he owns 70.6 per cent of Tottenham’s parent company, Enic, formerly English National Investment Company.

Levy and his family are beneficiaries of a trust that owns the other 29.4 per cent. Enic owns 85.6 per cent of Spurs, the remaining 14.4 per cent held by investors who refused to sell when Lewis and Levy delisted it from AIM in 2012 to help fund the club’s new stadium.

The outcry over the ESL, which would have undermined the Premier League and created a rival to the Champions League, shines a light on Spurs’ finances and ownership. For cash-strapped European clubs, notably Real Madrid and Barcelona, the “welcome bonus” of up to €300 million (£260 million) from a JP Morgan “infrastructure grant” of €3.3 billion would have been a lifeline after a year in which Covid has destroyed gate receipts. For richer sides such as Chelsea, Liverpool and Manchester United, it would have been a sweetener on top of a permanent share of ESL broadcast revenues estimated at €4 billion a year.

For Tottenham Hotspur, whose sales fell almost 13 per cent to £402.4 million in the year to June 2020 and which recorded a £67.7 million pre-tax loss, it would have been a helpful salve. The club has £604.6 million of net debt — much of which relates to the building of its £1.2 billion stadium — and borrowed £175 million in emergency financing from the Bank of England, which fell due last month and has been extended until next March.

The club provoked anger last year when it initially said that 550 non-playing staff would take a 20 per cent pay cut while on furlough (it coincided with news that Levy had been paid £7 million in 2019 — a figure that fell to £3 million last year). Spurs backtracked and said they would be paid 100 per cent, not furloughed. 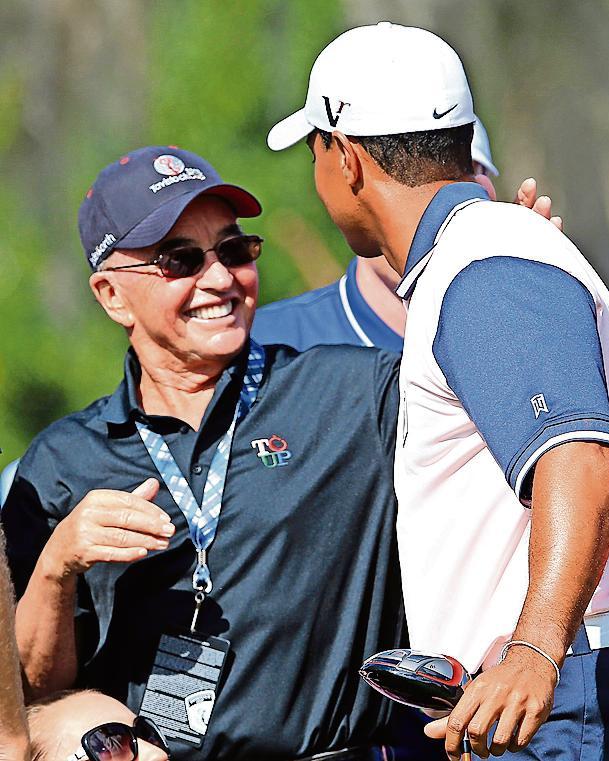 Lewis pictured with Tiger Woods, an investor in his luxury Albany resort in the Bahamas609×761

Lewis pictured with Tiger Woods, an investor in his luxury Albany resort in the Bahamas

“Daniel is a money man and he would have thought there was a wonderful opportunity to make money with the Super League,” said someone who has worked with him. “The thought of getting his hands on €300 million as a start would have been very attractive to him.”

The project’s failure may revive speculation over a sale of Spurs. In 2014, an American group including LA Dodgers co-owner Todd Boehly made an approach thought to value Tottenham at about £500 million. The club is since said to have attracted interest from Saudi Arabia and Qatar. But it is not clear whether Lewis or Levy want to sell, nor to what extent Lewis — who is said to be surprisingly uninterested in football — would make the ultimate decision.

“Daniel is extraordinarily intransigent,” said someone who knows him. “His whole life has become wrapped up in his being chairman of Spurs, and that’s problematic if someone’s looking to invest. When anyone thinks they have a deal with Daniel, the goalposts move. If they think they have a deal at £750 million, he moves to £1 billion. Even if they offered him £1.5 billion to £2 billion, which is what he’s suggested he wants, he’d move again.” A friend of Levy said he was a “very, very smart guy” whose ability to negotiate frustrated rivals.

Lewis gives Levy leeway to operate as he sees fit. The families have been close for years. Lewis was friendly with Levy’s father, Barry, who ran the Mr Byrite clothing chain. One story has it that Lewis’s family was a tenant of Barry Levy, another that Lewis’s first wife met Levy’s mother as they gave birth at the same hospital.

Lewis left school at 15 and worked at his father’s café, moving a bus stop sign from down the road to outside the door to increase footfall. They went on to run venues such as the Tavistock Banqueting Rooms, after which Lewis’s Tavistock Group holding company is named, and Talk of the Town. It was through another club, the Hanover Grand, that Lewis met Robbie Earl, whom he backed — highly profitably — to expand the Hard Rock Café and Planet Hollywood franchises.

Lewis sold up for £30 million in 1979 and went into tax exile in the Bahamas. Having squinted into the foreign exchange market while dealing with tourists in London, he began trading currency, making huge sums betting against the pound on Black Wednesday in 1992 and against the Mexican peso in 1995. People who have worked with Lewis describe him as straightforward, quiet and intensely interested in money. A former associate said: “He’s one of the most focused currency traders in the world and he’s staggeringly successful at it. We nicknamed him the Alligator because he didn’t do anything for a long period, and then when something appeared that particularly interested him, there would be a whirlwind of activity.”

He built a mansion in Nassau, acquired a superyacht, Aviva III, and took a stake in auction house Christie’s, eventually selling to French billionaire François Pinault. He has bought and sold fine art, paying £26.3 million for Francis Bacon’s Triptych 1974-77 in 2008 and selling David Hockney’s Portrait of an Artist (Pool with Two Figures) for $90.3 million in 2018.

Lewis also laid siege to Mitchells & Butlers (M&B), the FTSE 250 owner of pub chains such as All Bar One. In February, almost 11 years after he sailed up the Thames and made an unsuccessful hostile bid for it, Lewis and three associates — Irish tycoons John Magnier and JP McManus, and currency trader Derrick Smith — in effect took a controlling stake in M&B through a rescue fundraising. Levy’s son Josh, 31, is on the board of M&B to represent Lewis’s interest, and M&B’s deputy chairman Ron Robson is on the board of Spurs.

Lewis’s Midas touch has sometimes failed him spectacularly. In 2008, he lost an estimated $1 billion via the collapse of Bear Stearns, having bought more shares in the Wall Street bank as it teetered on the brink. His former associate said that, even then, Lewis calmly called his team, assuring them that his empire could sustain such a hit and there would be greater opportunities to come. Around that time, he was pictured enjoying a serene round of golf with Tiger Woods at the Tavistock Cup, held at Lewis’s Isleworth Golf and Country Club in Orlando. The Tavistock Cup has since been replaced by Woods’s World Challenge. Woods, 45, is also an investor in Lewis’s luxury Albany Bahamas resort.

Lewis backed Levy to take control of Enic, a small investment trust, in 1995, with a plan to build a portfolio of stakes in football clubs and exploit media rights. Enic took stakes in Glasgow Rangers, Slavia Prague and Italy’s Vicenza, as well as Spurs when it bought an initial 27 per cent from Sir Alan Sugar for £22 million in 2000.

“Tottenham was the first club I went to as a boy back in the days of hot dogs and rosettes,” Levy told the Evening Standard when the deal was done. “But the one thing I want to emphasise is that, despite the impression created in the press, buying into Spurs has not been some lifelong ambition for me.”

Some who have dealt with him say Levy has maintained the same bloodless approach at Tottenham. When Spurs signed Croatian midfielder Luka Modric from Dinamo Zagreb in 2008 and Zagreb asked for five Tottenham shirts as a memento, Levy is said to have deducted the price from the £16.5 million transfer fee. He plays his cards close to his chest, surrounded by a praetorian guard including Donna-Maria Cullen, head of PR.

With the turmoil of Mourinho’s ousting and with Spurs’ upside-down beer taps set to stay dry for the rest of the season as crowds are kept out of stadiums, the question must be how long the enigmatic Lewis/Levy ownership will last.