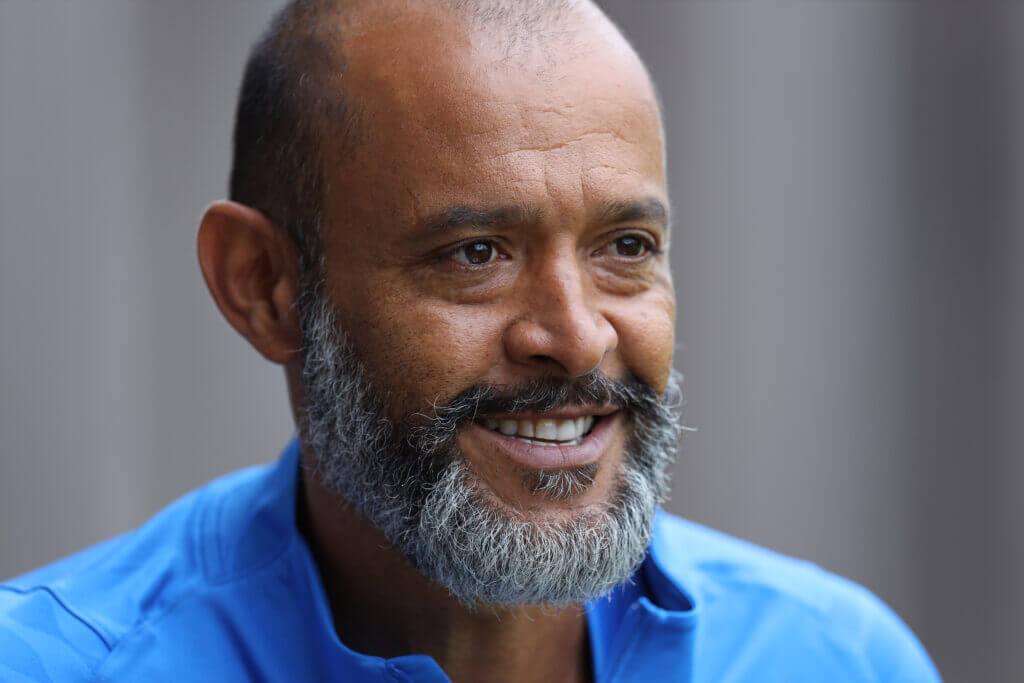 Tottenham fans will not forget all Levy's misleading talk of 'DNA' and...

Tottenham hired Nuno, who is generally associated with more conservative tactics, after a 72-day wild goose chase despite Levy's promises

In the second episode of The Office, David Brent attempts to get out of a hole by smugly informing his boss Jennifer Taylor-Clarke that he has assured his staff there will be no redundancies. When she asks why on earth he would do that, Brent explains: “Why? Oh, I don’t know. A little word I think’s important in management called morale.”

“Well, surely it’s going to be worse for morale in the long run when there are redundancies and you’ve told people that there won’t be,” Taylor-Clarke responds.

After a pause, a caught-out Brent says dismissively: “They won’t remember.”

That exchange came to mind when Tottenham Hotspur finally ended their 72-day search for a head coach yesterday by appointing Nuno Espirito Santo. The hiring of the pragmatic Nuno came a month after Levy promised Spurs supporters that, with regards to the next head coach: “We are acutely aware of the need to select someone whose values reflect those of our great club and return to playing football with the style for which we are known — free-flowing, attacking and entertaining.”

In the same statement, which came from his programme notes for the final home game of last season against Aston Villa on May 19, Levy added that: “I feel we lost sight of some key priorities and what’s truly in our DNA.”

The timing of the statement is significant, coming as it did after the despair at the team’s stagnation under Jose Mourinho and the ferocious backlash that greeted the club’s attempts to join the European Super League. Which in turn followed last year’s hostility at Spurs furloughing a section of their staff (a decision later reversed because of the fan response) and more recently irritation at supporters being charged the full price of £60 for that Villa game when other clubs were offering discounts as crowds finally returned after the lockdown restrictions.

Levy was attempting to pacify supporters with his words and, to be fair at that time, with his deeds — establishing a Club Advisory Panel of elected fan representatives, including a chair who will sit on the board as a full non-executive.

The problem is that by talking about the importance of “free-flowing, attacking and entertaining” football and then hiring Nuno a month later, supporters feel that they have been misled again. Either willfully or, as some believe, because of a lack of understanding of the football side of the club. And, as Taylor-Clarke warned in The Office, this disconnect between words and actions is “going to be worse for morale in the long run”.

Because the reality is that Nuno is, on the face of it, a fine hire — he has a reasonable pedigree and only the coming years will tell us whether he has been a success. But he is not the great entertainer that was promised; in fact, stylistically he is comparable to Mourinho, who also happens to be a good friend, and former manager, of Nuno’s. The pair also share an agent in Jorge Mendes.

The fact Nuno was available throughout most of Spurs’ drawn-out search for a new coach but got overlooked adds to supporters’ sense of unease. The optics would have been very different if he had been appointed soon after he left Wolverhampton Wanderers at the end of last season.

Every club wants to believe that they are exceptional — it’s why, as my colleague Adam Hurrey has written about, the idea of the Tottenham/West Ham/Liverpool/Club X Way is so potent.

And that’s what Levy’s statement about Spurs’s “DNA” attempted to tap into. Much like the portentously voiced montage on the big screens at the Tottenham Hotspur Stadium does before each home game. “To dare… is to do.”

All of which is fine — it’s just disappointing when the reality is at odds with what we’re being told. It’s why Liverpool supporters were so hurt last year when the club furloughed some staff (a decision that was also later reversed) and exposed the “This means more” slogan as little more than meaningless marketing speak.

In Spurs’s case, the head coach search has been very different in practice from how it was sold in May.

It has not been about finding someone who would play “the Tottenham way”; it’s been about working their way down a list of disparate candidates and eventually settling on someone who is not ideal but was available to start ahead of pre-season training beginning next Monday. Even if that meant holding talks with someone like Gennaro Gattuso, who previously expressed views on women, same-sex marriage and racism that made him about as far from Tottenham’s values as it’s possible to imagine. A month on from that, it felt like once again “we lost sight of some key priorities and what’s truly in our DNA.”

Most supporters are not naive. They dream big, but understand that the realities of football mean pragmatic decisions need to be made — especially in the wake of a devastating pandemic, and especially when it comes to calls like managerial hires where so much is out of a club’s hands. It’s important then to be realistic in the first place, and advisable not to subsequently double down on something that is at odds with reality.

“I’ve spoken already about the need to revert back to our core DNA of playing attacking, entertaining football and Fabio (Paratici, the new managing director of football) and I believe Nuno is the man,” Levy said on Wednesday about a head coach generally associated with more conservative tactics.

Fans want the best for the team and so the vast majority will now get behind Nuno, as they should. He seems like a decent man and will undoubtedly give his all for the club. He may end up being a big success.

And in fairness to Levy, part of the disconnect between the aims of the head coach search and the reality was probably a genuine underestimation of the difficulty of the market. We all make mistakes, and Levy, to give him his due, is more transparent than a lot of Premier League chairmen.

But if there’s a lesson from this, and the last year or so, it’s not to over-promise or to just say what you think the fans want to hear.

Because the thing is, they will remember.